Supplying a wide range of armored and exclusive limousines,built on the various brands! 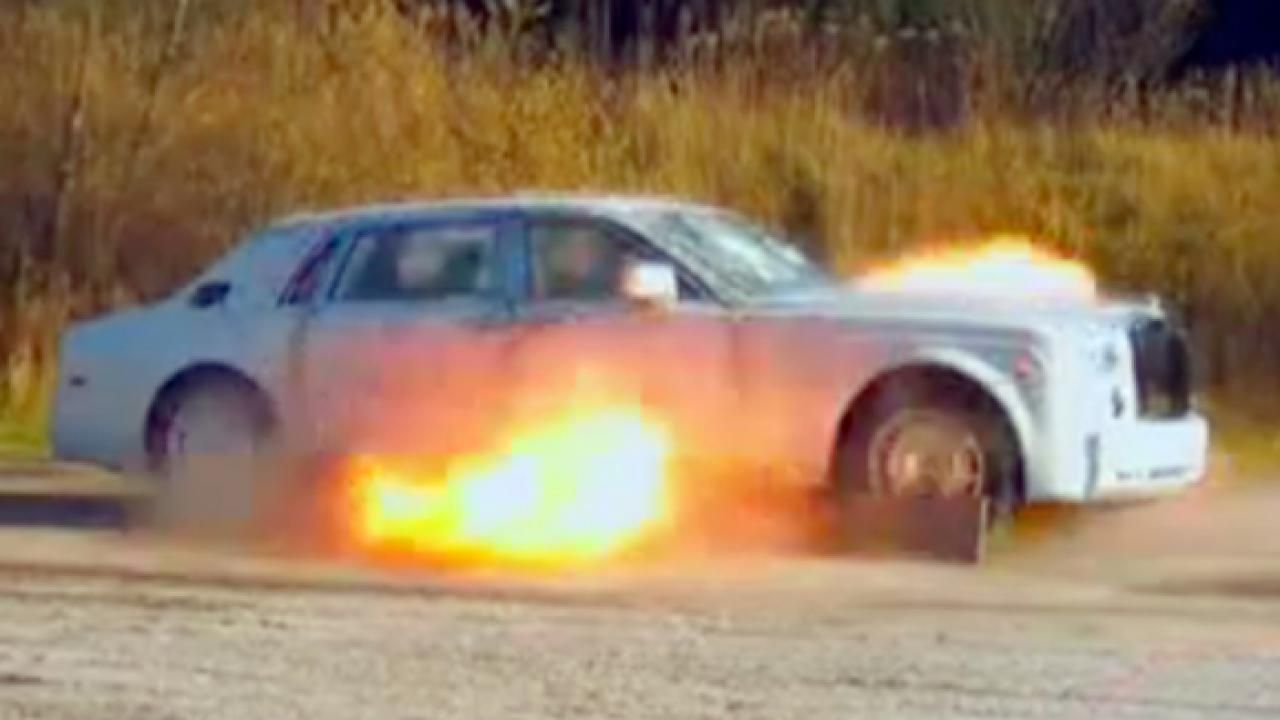 We supply fully developed,engineered and manufactured armored vehicles based on premium and lux class make/models for private, public and commercial clients internationally.Modifications, which for the majority of projects start with a complete factory armored vehicle, may be supplemented with a wide range of options enabling the vehicle to be tailored and equipped for the client’s exact requirements.

The armoring of the car follows the principle of “The Shell-in-The Shell” integrated protection based on many years of experience in building special protected vehicles based on different make/models of sedans and SUVs and other types of the cars.

-Intercom system for outside communication in combination with siren PAS

-LED reading lamps in the rear, left and right (option)

The armoring of the car follows the principle of “The Shell-in-The Shell” integrated protection based on many years of experience in building special protected vehicles based on different make/models of sedans and SUVs and other types of the cars.

Where explosive charges are concerned, the car has demonstrated its protective capabilities by meeting the requirements of ERV2010 and the Federal Office of Criminal Investigation. Innovative under body armoring almost entirely covers the under body for the first time, a unique feature in the civilian special protection segment.

Also the new standard ERV2010 increased the requirements for the protection against side blasts – originally the requirement was to sustain a blast of 15 kg TNT from a distance of 4 m. The charge was put on the ground level.

The new requirement prescribes the detonation of the same amount of TNT,15 kg.

THE BALLISTIC AND EXPLOSIVE TEST LABORATORIES:

The both BR and BF ratings are developed by the European Union's Standardization committee under DIN EN 1063 BR (security glazing) and DIN EN 1522/1523 FB (doors, windows, shutter and ).

The rating is used to define standards of bulletproofing with respect to small hand weapons only for the Glass . It ranges from BR1 to BR7 and from FB1 to FB7 with BR7 for rifles requiring full metal jacket.

Ballistic Resistance, commonly referred to as BR or FB, is the most common civilian armoring standard.  It is a European standard (DIN EN 1063 ) that specifies that transparent materials used, though it now generally refers to a whole vehicle and integrates the standard (DIN EN 1522/23, opaque areas) standard under the same definition.

This standard certifies the material and stipulates vehicle construction guidelines.

VPAM is founded in 1999, it  is a group of armored vehicle testing sites based throughout Europe who have developed their own standards for Civillian Armored Vehicles (CAV) and Armored Cars (CAC).  The number of standards set out by VPAM almost justifies a page of it’s own dedicated to it, however the one common factor across all of their standards is the level designation of VR, Vehicle Resistance.

VPAM APR 2006 - This is the General Test Directive which covers the basic ballistic testing and the conformity of materials and structures.

VPAM PM 2007 - The PM standard is a testing procedure and standard (in addition to the APR2006) for the materials used in the construction of an Armoured Car, such as the ballistic metal and ballistic glass, similar to the BR and FB certification standards.

VPAM BRV 1999 - An acronym for Bullet Resistant Vehicle, this is VPAM’s original testing certification, released in 1999, it was innovative in that it required the whole vehicle to be tested, rather than simply testing the materials used and supplying guidelines to the construction of the vehicle as per other armouring standards.

VPAM ERV 2010 - ERV - Explosive Resistant Vehicle 2010 standard was introduced specifically to address blast protection Detonation of 15kg TNT from 2m at a high of 1m from the side of the vehicle.

This standard can be requested from the VPAM testing centres or the VPAM office where there is a justified need. The details and testing scenarios are therefore not freely available.Under the ERV2010 standard, DM51, HG85 and RGD5 hand grenades as well as DM31 AP mines among others are subjected to testing. Tests are additionally performed using thrown missile detonations, so-called IEDs, simulating a car bomb, are tested.

VSAG VS6 2012 – Vehicle Security Advisory Group is a UK based QinetiQ Ltd. organisation which has set out various standards approved by the BSI (British Standards Institution) for the design, manufacture, development and testing of armored cars and vehicles. The current highest level in their standards is VSAG-15.

PAS 300:2015 - Ballistic and Blast Testing for Civilian Armoured vehicles (CAV).Test methods for ballistic and blast protection.It defines test levels for ballistic impact (including handgun, shotgun and rifle) and blast resistance for side blast, under vehicle blast and roof blast. As part of the ballistic test it also includes fragment simulating projectile tests.The four test methods described by this PAS are based on the work of the Vehicle Security Advisory Group (VSAG) and are designed to meet the needs of both the European and international markets.

NIJ-0108-01 - National Institute for Justice standard covers not only vehicles but body protection as well, covering 5 levels from 9mm handgun to rifle ammunition.

STANAG AEP55 (level) - is a NATO armoring standard dictating protection levels for occupants of logistic and light armored vehicles stipulating protection from ballistic, artillery and IED blasts.  This is a military standard covering 5 levels and is unlikely to be seen in an armored car used by civilians.

Aside from the existing ballistic resistance levels, other detonation classes also exist that are designed to protect our customers from attacks involving hand grenades, land mines and IEDs (self-constructed car bombs). Our armored civilian vehicles also offer protection from these threat levels and have been certified accordingly.

To counteract the rise in threat levels across the globe, some vehicles have even been tested and successfully certified for larger-scale detonation classes that go beyond those required by the standard. 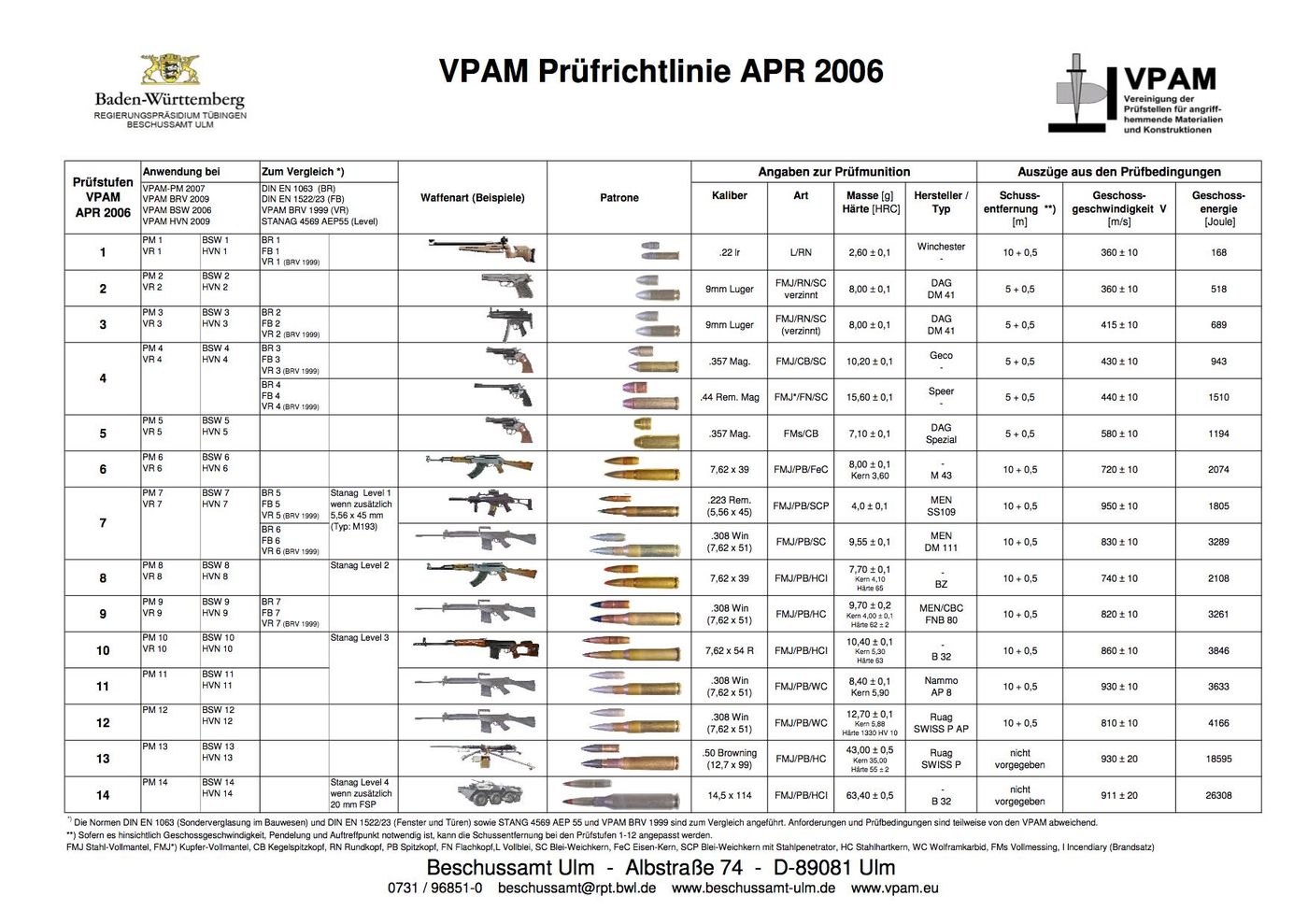 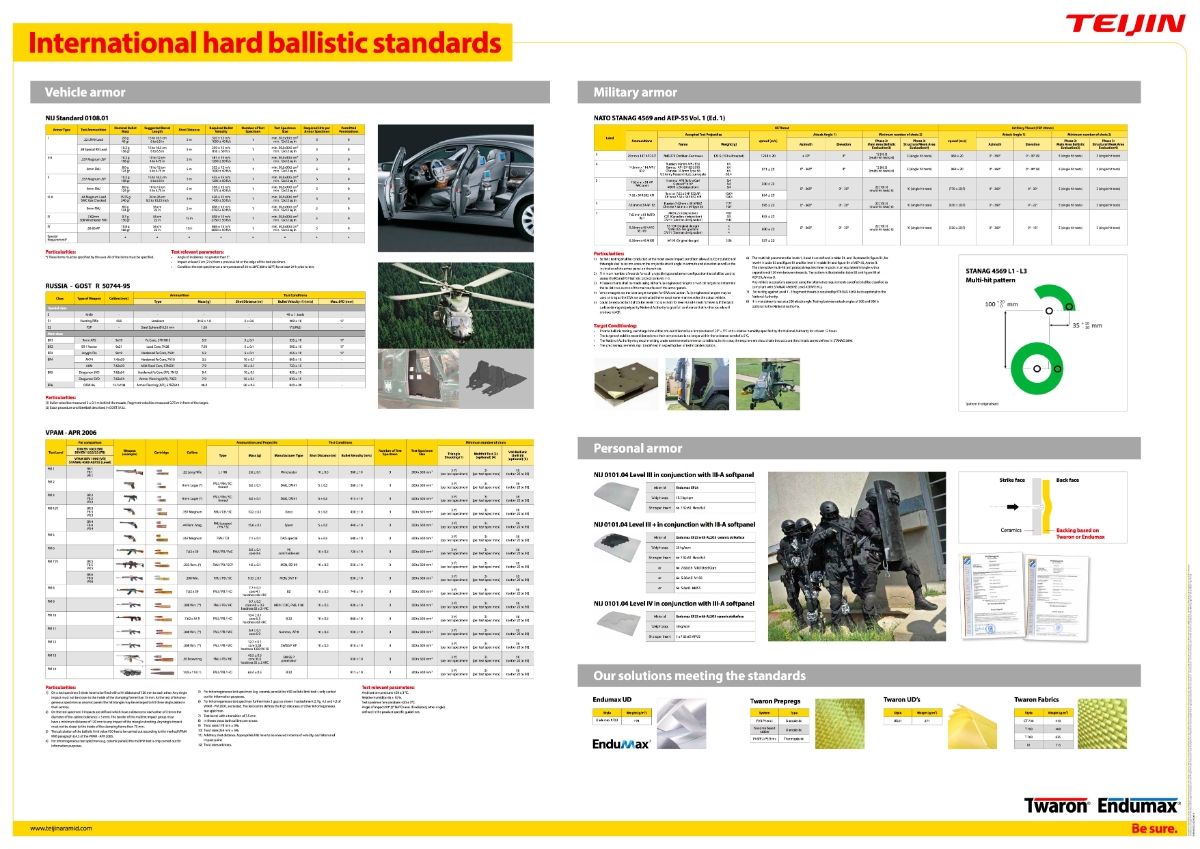 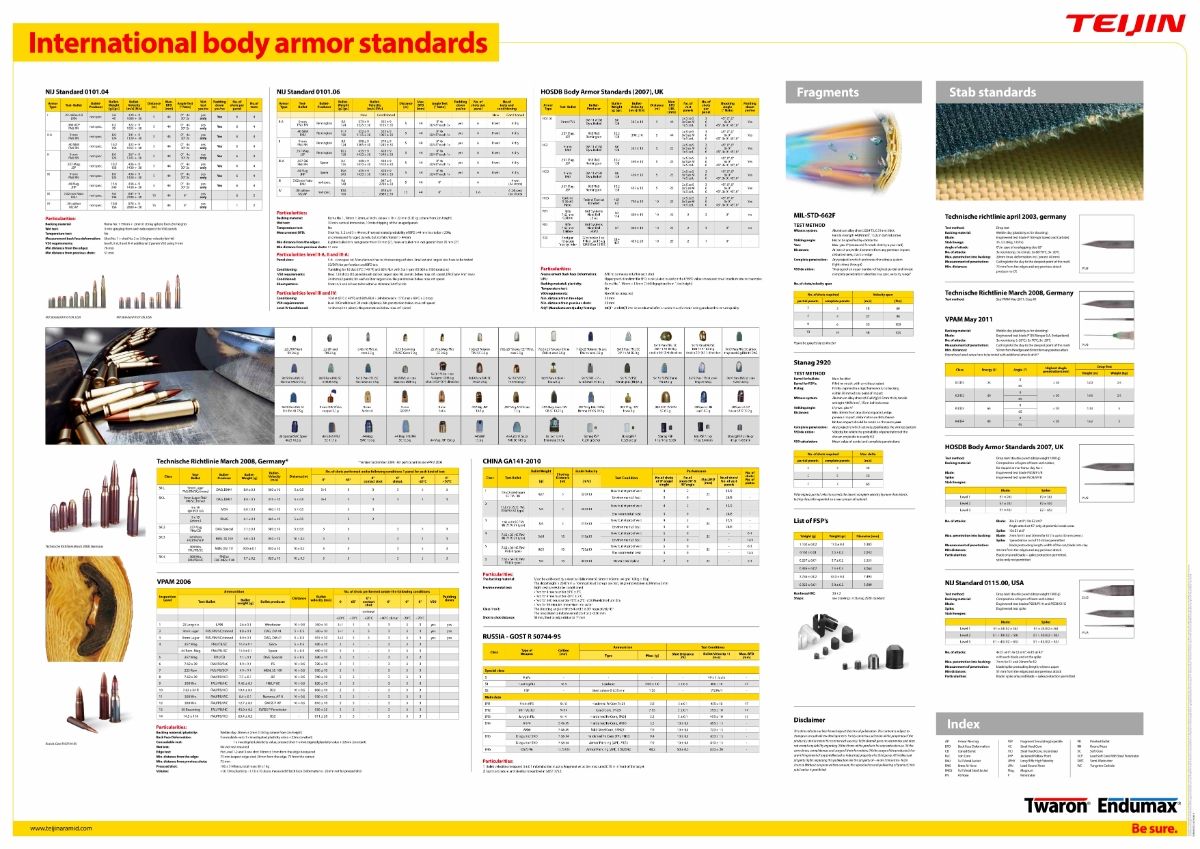 The specialized laboratory tests and certifies armoured civilian and military vehicles as well as platforms. Our special competence is characterised by the combination of ballistic and blast tests with corresponding equipment, such as measurement tools, high-speed video cameras, crash test dummies and pressure sensors. These tests can be performed in accordance with STANAG, VPAM or customer specified standards.

Testing of vehicles and surfaces: Ballistic tests up to 30 mm calibres in accordance with

• Underbelly testing of the vehicle

• Testing of the vehicle roof

• Road side blast testing of the vehicle

Mine blast and IED testing in accordance with STANAG 4569

• Underbelly and under wheel/track testing

We conduct tests according to national and international standards, such as STANAG 4569 AEP-55, Volume 1 (Level 1-6) or VPAM APR 2006, as well as customer specific requirements.

The specialized tests centers in the different types of the tests provides all of them  in accordance with national and international standards (e.g. STANAG 2280, ASTM F1642, ISO 16933).

These tests can be carried out using particularly developed test rigs.

Ammunition and test charges for conventional and improvised threats (IED) include, among other things:

Through the direct participation in the Teams of Expert (ToE) of STANAG 4569 and 4686 the specialized laboratories are  involved in the development of procedures for tests and qualifications in an international context.